Holland Onions sprout, grow and flourish best on capillary marshlands. The rise in sea level at the beginning of the geological era, caused a reverse water movement, in which sea clay was deposited in layers of different thickness. Due to the lime deposit, the resulting young, see-clay soil is easy to till and is highly fertile.

The Best Arable Land
Marshland soils are highly-qualified soils. In the marshes, light, chalky sea-clay is deposited on top of a sandy, yet silty subsoil. This is known as the best arable land. The well-developed capillary properties of the silt-rich subsoil contribute to a good moisture retention. Nowadays, thanks to specific seed and cultivation techniques, onions can also be grown successfully on other soils. However, the calcareous salt marches are still the best for the Holland onion with its long shelf-life and white skin. 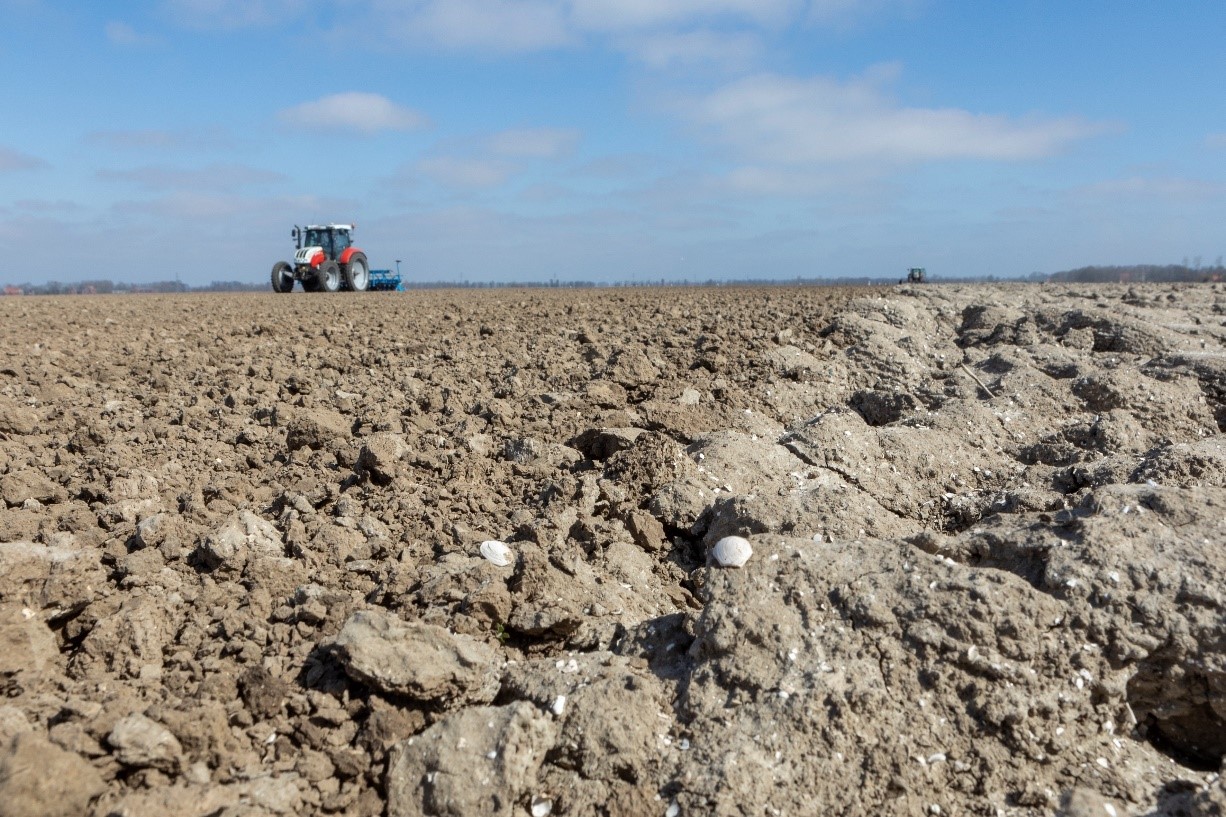 It's All About Preparation
Just like top athletes, Dutch onion growers must prepare perfectly for the new onion season. Soil structure, soil condition and soil quality are therefore ever higher on the agenda of the onion grower. Growing onions in a sustainable and profitable way is only possible if the soil is in perfect condition.

Choice of Field
As the Greek writer Xenophon aptly expressed in 400 BC: ‘To be a successful farmer one must first know the nature of the soil’.  A high field yield stands or falls with the right soil structure. A good soil structure can be maintained by careful soil management in which crop rotation and tillage play important roles. In principle, onion seeds can be sowed on a large range of soil types. However, the Dutch onion prefers lighter, sandy/clay soils that have the proper soil structure and water balance. Sandy soil is a bit less suitable because of the risks of it becoming dusty and weed problems. Nevertheless, farmers work hard to grow interesting crops like the Holland Onion in these fields as well.

Crop Rotation
To prevent disastrous problems, such as stem nematodes and/or white rot, an extended cultivation frequency is essential. It used to be 1:5, but 1:8 is more common nowadays. This means that onions can only be grown once every 8 years, in a field in the Netherlands. The onion is not very picky about its previous crop. Research shows that winter wheat is very suitable in terms of weed protection, and that yield was 11% less when the previous crop was chicory. The acreage of fertile, Dutch sea clay is about 300,000 hectares. Assuming that 10% of this acreage, is not a good choice for onions because of soil diseases, about 270,000 hectares remain. If we do the math with the safe crop rotation scheme, that amounts to just under 35,000 hectares of available sea clay. The onion acreage has grown so fast in recent years, that all available sea clay fields are now being exploited. For this reason, increasingly, other soils have been carefully cultivated with Dutch onions.

Catch Crop
As with everything, good planning is the key to a good yield of Holland Onions. In the fall prior to the new sowing season, the previous crop should be removed. It’s then best to sow a catch crop as an interim as it has several advantages. It covers the soil, stores remaining nutrients, protects the soil and keeps the soil alive. Plowing the catch crop into the soil stimulates soil life. Worms and active fungi produce adhesive substances that stick the soil particles together resulting in a good, elastic soil with macro pores and a rich soil life come spring.

Soil Structure
To gain insight into the soil structure, the onion grower digs a profile pit in his future onion field in fall. A bad soil structure is easily recognized by a lumpy structure with large clods in the compacted layers. A good soil structure has a crumb structure formed by stable, small clods that have been formed by worms, roots or other organic materials. A good soil structure also has many pores for a proper air and moisture balance. This way, plant roots can properly and homogeneously take root in the soil and better reach the nutrients such as phosphates.

Tilling the Soil
Correctly timing the tillage is essential to maintain a good soil structure. In particular, the subsoil should not be too moist. The onion grower checks this with a spade before tilling. Before winter, the soil is plowed and turned over, so that the more compact soil is on top over the winter. The abiotic process of swelling and shrinking due to temperature, moisture and wind begins. The tops of the plow cuts dry out and erode and the characteristic field with its little ridges and valleys is formed. Come spring, it is then easy to harrow the dried-out soil to create a field that is as smooth as a billiard table. A single combined operation with the rotary harrow and sowing machine is sufficient, so the field is driven over as little as possible.

Raised Bed Cultivation
In response to the increasingly extreme weather conditions and particularly extreme wetness, trails of raised onion beds and onion ridge cultivation are conducted in the Netherlands. 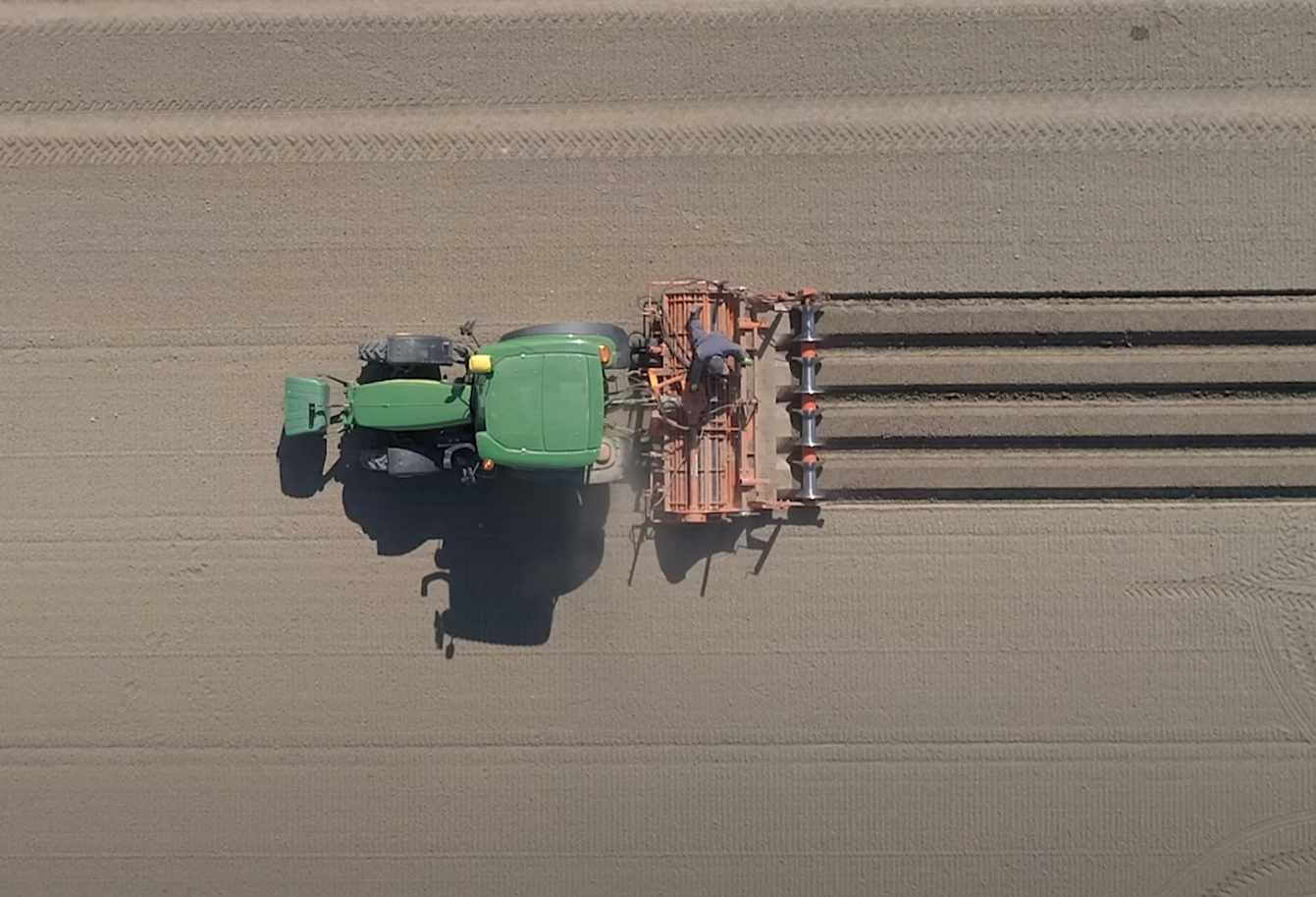 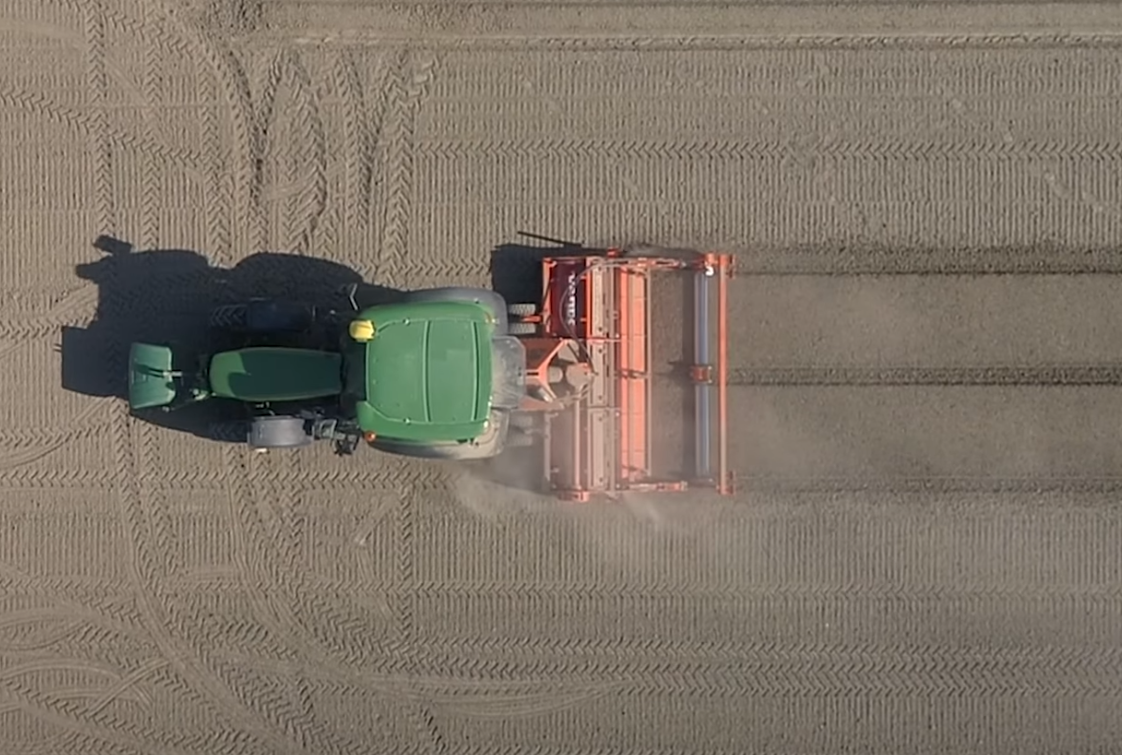 The idea behind this cultivation technique is to make the onion crop more resilient to pests that thrive on flooding, shortage of oxygen and extreme temperatures.  It offers a better base for root development and consequently a better foliage development and a thicker foliage package. This also makes the Dutch onions more drought resistant. 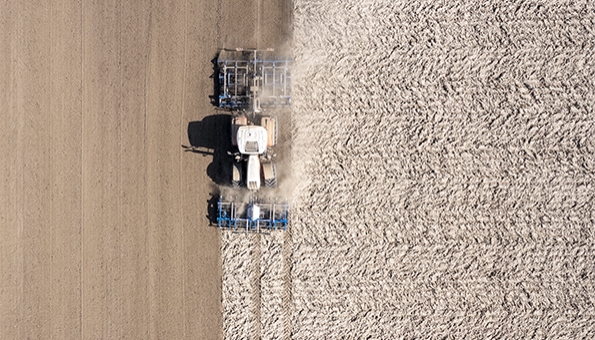